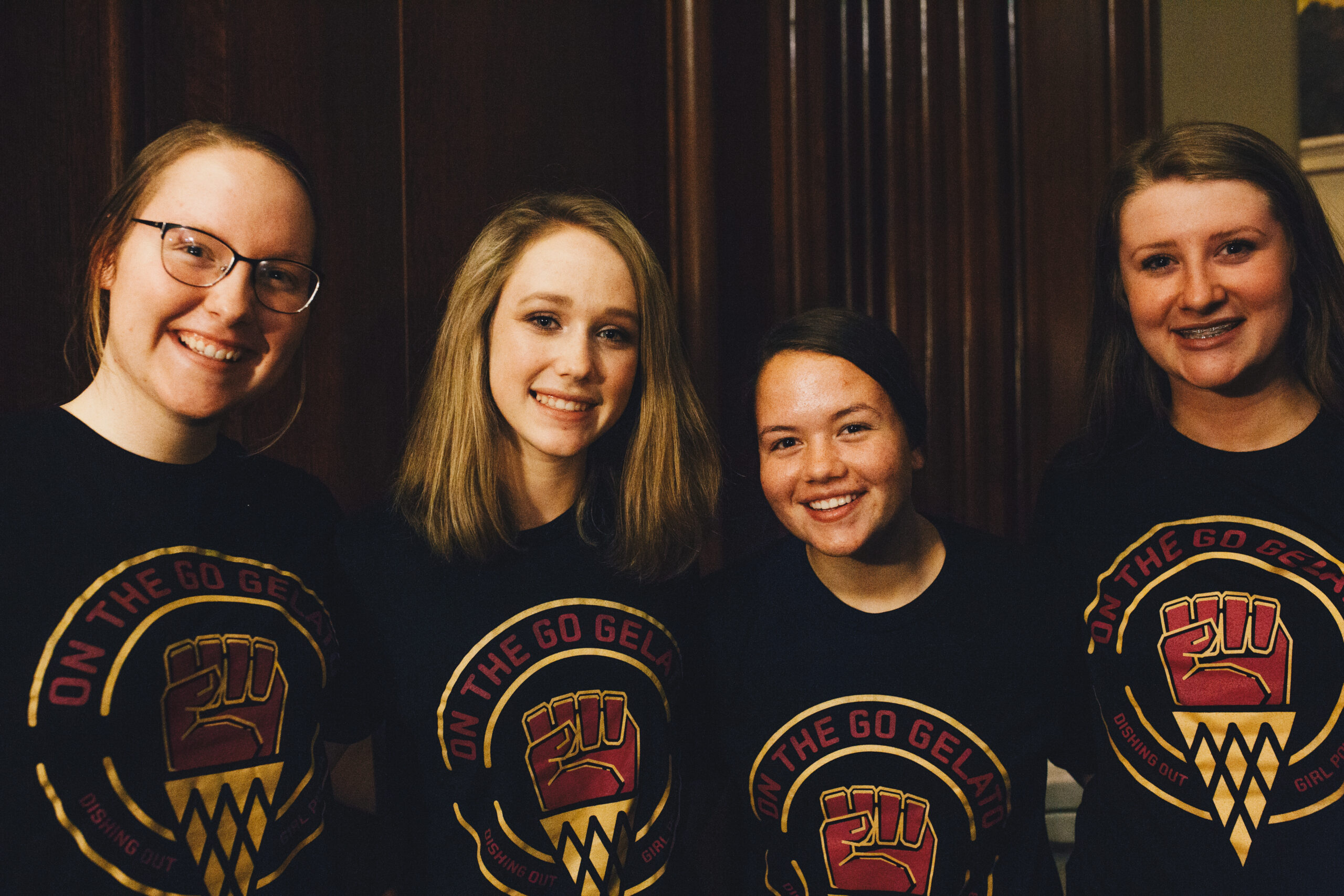 On the Go Gelato is leaving a sweet legacy.

Three years ago, four Rock County FFA students started the gelato business through the Launch! Program with the guidance of their advisor, Ann Dvorak. The original four members are now seniors and will graduate in May, leaving four underclassmen to take over.

The team makes and sells the creamy treat from the school’s certified kitchen on Fridays between 7th and 8th period classes for $2 per cup. With 130 students between grades 7-12, this number can add up quickly. They also sell quarts and half-gallons around Thanksgiving and Christmas.

Making and selling gelato for the school can take from five to ten hours during a typical week, including freezing gelato during study halls. Between class, practice, homework, and other commitments, juggling responsibilities can be a challenge. During multi-day special events over the summer, the crew can easily spend 10 hours a day mixing, freezing, and preparing gelato.

A key part of the entrepreneurial life is recognizing one’s own strengths and weaknesses and finding partners who specialize in different areas. The four students realized quickly that none of them had a particular gift for managing finances, so they immediately hired an employee—an eighth grader at the time—to run the books.

Not everyone was supportive or took the entrepreneurs seriously. The first major roadblock was setting an appointment with the health inspector to grant the business a license to sell food. Unfortunately, the inspector seemed to brush off the girls’ repeated phone calls to set a day for the visit, and this delay held them back for almost two months.

The students soon found that no matter how much planning they did, obstacles and stumbling blocks are an unavoidable part of the entrepreneurial journey. From forgetting to freeze a batch of gelato to slacking on cleaning up the kitchen, frequent mistakes led to constant learning and improving. Mix-ups and miscommunications taught the team to trace what happened, remedy it, and turn failures into opportunities for growth.

When the business began to experience some success, naysayers appeared. A few jealous students tried to sabotage their efforts, but the entrepreneurs learned to ignore these pessimists, whom they dubbed “the haters”. Other members of the school and community were thankfully much more supportive.

Advisor Ann Dvorak recognized devoting class time to help students start businesses through the Launch! Program has proved beneficial for her as well: “It’s completely changed the way I teach. Learning can happen without me at the core of it, so I let go of the teaching role and instead come alongside students in their interests. I can guide them in learning business concepts while giving them the space to explore something they love.” 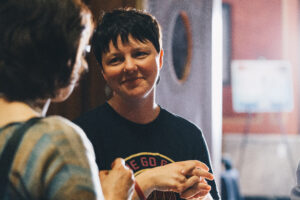 Practicing the entrepreneurial mindset and demonstrating how it truly applies to everything can help instructors teach students about using creativity to solve problems. The skills students learn while starting and running a business affect the way they approach any situation. Dvorak added, “We can spend time focusing on real-life skills they’ll actually use.”

The four original On the Go Gelato entrepreneurs plan to pass over responsibilities fully to the new team by January. This way they’ll still be around to answer questions during the transition, but will no longer have primary duties in the business and can be ready to move on to the next adventure. Each of the entrepreneurs will receive their share of the company’s profits through a scholarship fund after graduation.